The 2012 Summer Olympics start tonight! There are many ways to get the kids excited about the Olympics. Here are some fun facts, creative crafts, and delicious recipes in order to get the whole family excited about one of the most talked about sporting events of all time!

There are two great websites full of fun facts that your kids will find interesting and intriguing.

Here are some fascinating facts from Project Britain:

Get Set also has some great facts that the kids will enjoy: 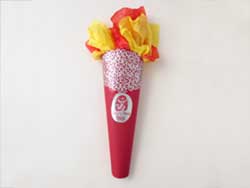 We found a fun kid-friendly craft from the 2008 Beijing Oylmpics. Help your children create an Olympic Torch and run around the house or outside pretending that they are the runner that lights the torch for the Olympic Games!

The kids will love making the torch and watching the torch being lit on television tonight. They will be a part of the action! 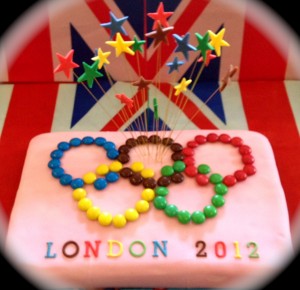 No celebration is complete without a delicious treat that can be enjoyed by the whole family. Have your children help you create an Olympic cake.

Flossie Crums has a delectable recipe for a vanilla sponge cake designed with Olympic rings made of M&Ms. Choose a flavor of cake that is a family favorite.

Enjoy the 2012 Olympics! We’d love to know the fun activities you have planned for your family to celebrate this summer’s Olympic Games.