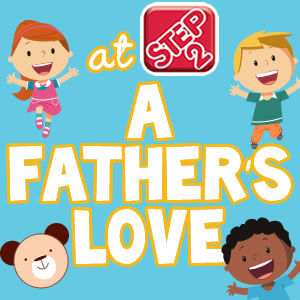 “A father is neither an anchor to hold us back, nor a sail to take us there, but a guiding light whose love shows us the way.” – Unknown

At Step2, we are parents too. You have met some of the moms through our We’re Moms Too blog series and now we’d like to introduce you to some of the dads. These dads have made our family at Step2 complete.  Meet the super dads of Step2. 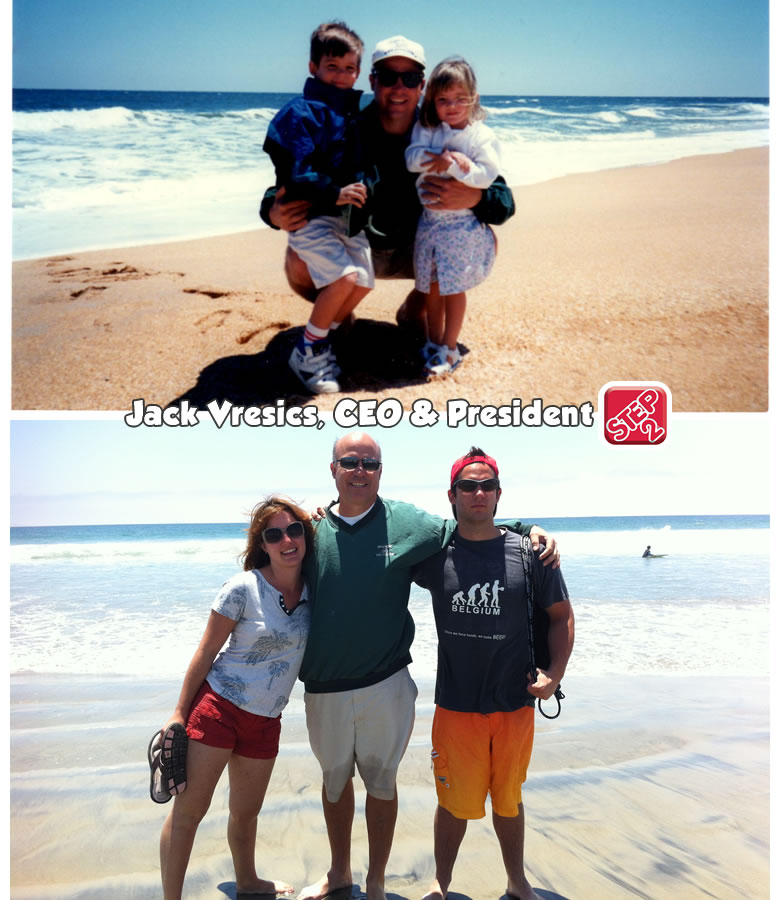 Jack has two great kids; his son is 22 years old and his daughter is 20 years old. Jack’s son just graduated from Lehigh University and his daughter is a rising senior at the University of Michigan in Ann Arbor. Jack’s family loves going on vacation. They have enjoyed their vacations on the beaches of New Jersey, North Carolina, Florida, California, Hawaii, Mexico, and the Caribbean.  If they aren’t spending a family vacation on the beach, they also enjoy the mountains, skiing in Colorado, or hiking in Europe.

Jack has a lot of great memories that he shares with his children. One in particular is when his kids were much younger, maybe 8 and 6, and they wanted to go ice skating in the city.  On their way out of the door, Jack fell down the steps and landed on his back. When he managed to get back up and get to the couch, both of his children looked concerned and began to rub his back to try to comfort him. They let their dad lay on the couch for a whole two minutes before they finally asked if he was ready to go. It turns out, that Jack’s kids were right – ice skating was a lot more fun than lying on the couch.

Jack loves that he has had the privilege of watching his son and daughter become adults. “It has gone way too quickly. I see parts of me in each of them. I can’t help but smile.”

Andy has four sons that are 14, 12, 8, and 5 years old.  He loves to play football, baseball, and basketball with them; along with hiking, bicycling, camping, and traveling together. Andy’s most memorable moment with his children is when they traveled to Germany last year.  “I love watching our boys develop into fine young men, each with their own personality and talents.” 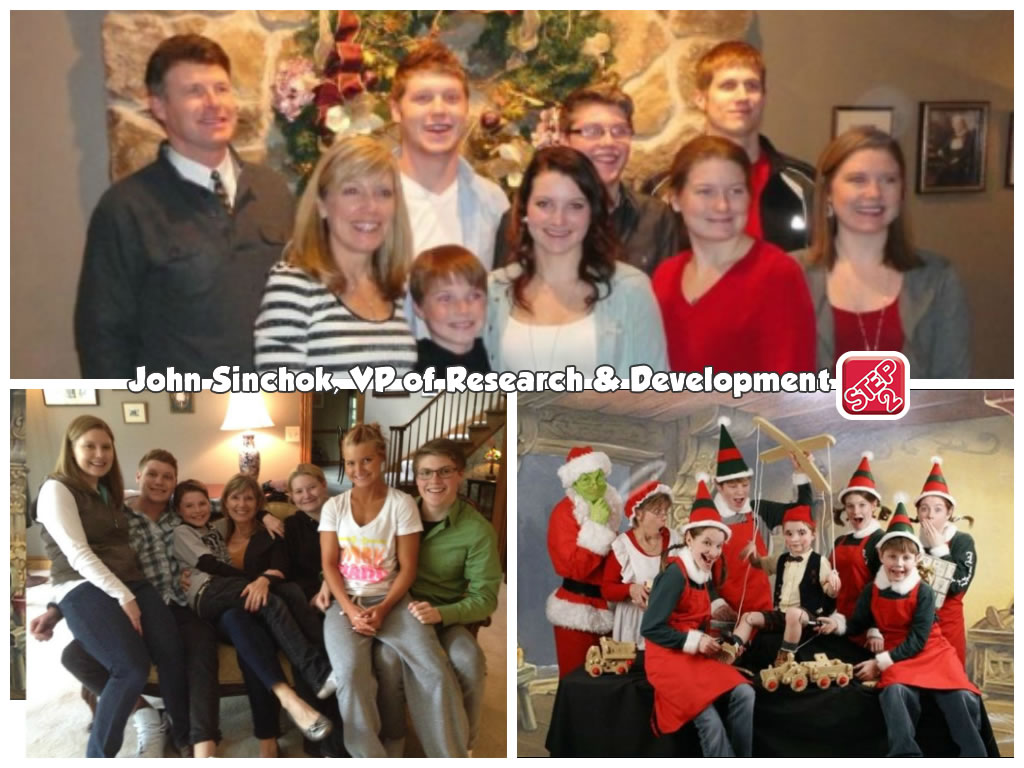 John has three daughters and three sons ranging from 12 to 28 years old.

John’s family spends time together waterskiing, wake boarding, snowboarding, and skiing. They also enjoy camping and canoeing. Each family member has their own ATV that they ride for fun. They also love motorcycles and have music in their blood. Each year, the family makes their own family Christmas card and sends out about 300 cards (check out the collage of Christmas cards above)!

For John, he has many memorable moments with his kids. His fondest memory is skiing together. Sometimes his kids would bring their friends and everyone would hang out at the hotel after skiing all day and play broad games and laugh their heads off.

“My favorite thing about being a dad is spending all that time with all those different personalities that make up our family. Sure there are trying times but anything in life that is worth having is going to take a lot of effort.  We have some fantastic memories.” 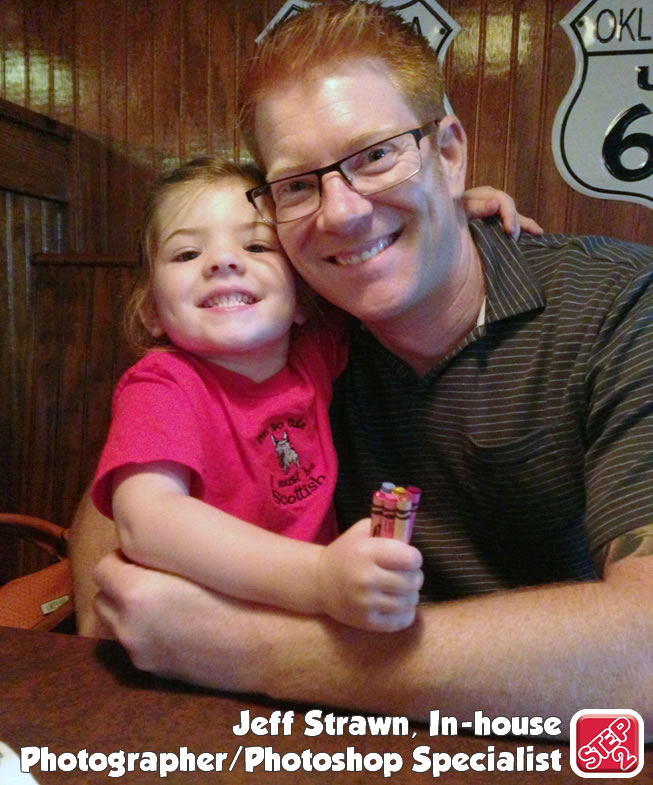 Jeff has one daughter who is 3 and half years old. He enjoys playing in the park, painting, and eating popcorn with her. One of Jeff’s fondest memories with his daughter so far was the first time she told him she loved him. “I love watching the development of her personality and seeing her learn/fail and overcome the failure.” 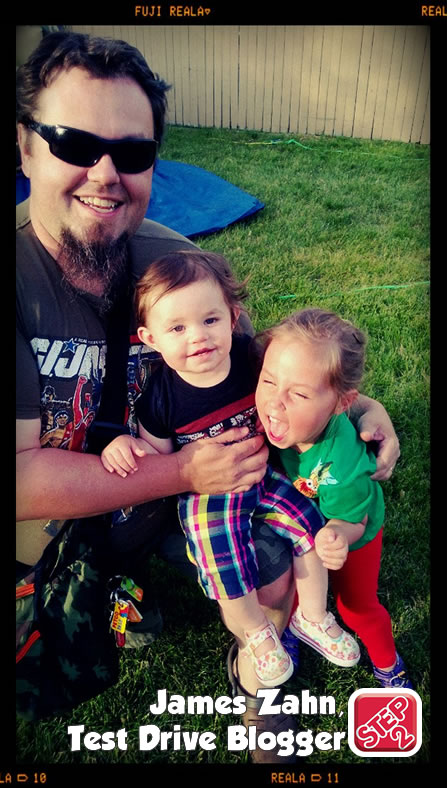 James, the voice behind The Rock Father, has two daughters. His oldest daughter will be 4 years old this summer and his younger daughter will be 1 this month. He loves to garden in the summer with his family. They are also big fans of the park, doing crafts, and exploring music together. While he plays a lot of “Kindie Rock” for the girls, he is also exposing them to some of dad’s favorites along the way.

His most memorable moment with his daughters is when they looked at him and said “Daddy” for the first time. “I’m an at-home Dad, so my favorite thing is being able to spend so much time with the girls, watching them grow and play, each and every day.”

Thank you to the dads at Step2 for not only providing your families with guidance and love but for also being a special member of the Step2 family. Have a wonderful Father’s Day. You deserve it!

The Gift of Giving