Did you know that Ulysses S. Grant once got a speeding ticket while riding a horse or that Jimmy Carter is a speed reader and can read up to 2,000 words per minute? Read on for 43 more fun facts about US presidents!

2. Zachary Taylor spent 40 years in the Army before he became President

3. George Washington didn’t have wooden teeth, they were made from ivory

5. James Monroe was the last president who was also one of our “founding fathers”

6. John Quincy Adams had a pet alligator that he kept in the East Room at the White House

7. Bill Clinton is the only president who was a Rhodes Scholar

8. Thomas Jefferson was an accomplished architect

9. James Madison was the shortest president at 5’4″

10. Teddy Roosevelt was blind in his left eye

11. Rutherford Hayes’ wife loved cats and the consul in Bangkok learned of this and sent the first ever Siamese cat to the US for them. They named the cat Siam.

12. John F. Kennedy was the first president who was a Boy Scout

13. Benjamin Harrison was president when electricity was installed in the White House, but he was scared of being electrocuted and wouldn’t touch light switches

14. Warren Harding had the biggest feet – he wore a size 19 shoe

15. Woodrow Wilson was the first president to travel to Europe while in office

16. William Taft was the heaviest president and once got stuck in the White House bath tub. It took 6 aides to set him free

17. Andrew Jackson’s nickname is “Old Hickory” because he was so tough on his soldiers

18. Andrew Johnson was the first President to be impeached, even though he was never convicted

20. Barack Obama won a Grammy award for the audio book version of “Dreams from my Father”

21. Richard Nixon was the only president to be born and raised in California

22. John Adams was the first president to live in the White House

24. James Polk was the first president to have his picture taken in 1849

25. Gerald Ford’s football jersey is retired at the University of Michigan—he wore the number 48

26. Ronald Reagan worked as a radio announcer for the Chicago Cubs

27. Harry S. Truman’s middle initial does not stand for anything

28. James Garfield was the first left handed President (there are six total including Garfield)

29. Grover Cleveland is the only president to be married at a White House ceremony

33. Herbert Hoover was the first president to be born west of the Mississippi River

36. James Buchanan was the only president never to be married

38. George W. Bush was the head cheerleader his senior year in high school

39. William Harrison had a pet goat with him at the White House

40. George H. W. Bush and his wife Barbara hold the title of longest married presidential couple. They have been married 72 years.

41. Calvin Coolidge was born on the 4th of July

42. Donald Trump is one of two presidents to have a star on the Hollywood Walk of Fame; the other is Ronald Reagan

43. Martin Van Buren was the first to be born as a citizen of the United States 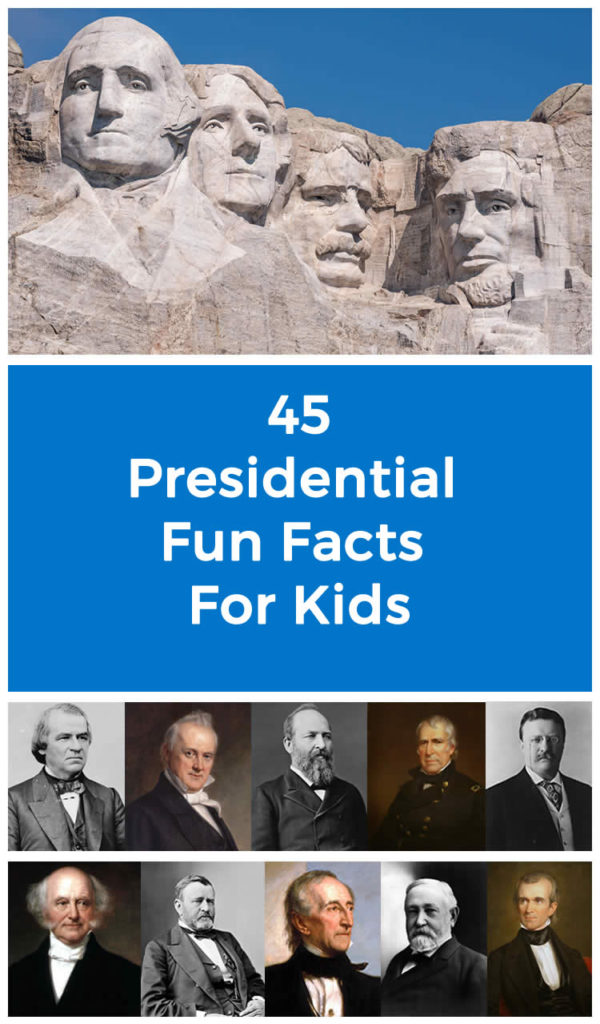 Kids Tell us What Love Means to Them [+ FREE Printable Valentines]

How to Make Indoor Play Sand