I personally don’t know any other parents my age in my situation, but I’m sure there are a few out there. All my friends that I graduated with are experiencing “empty nest syndrome.” But with 4 children, ranging from teens to 30’s, I on the other hand, have not had the opportunity to experience this syndrome quite yet. 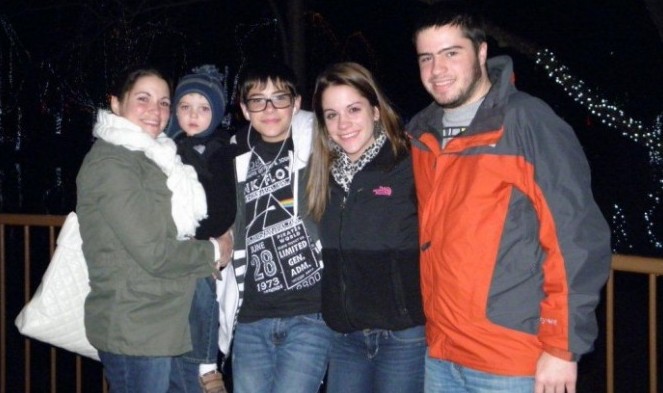 Statistics show 85% of college grads move back home, aka boomerang kids.  I don’t know if he’ll return, as he seems pretty happy living on his own.  After all he doesn’t need to answer to mom or hear me nag him about cleaning his room, taking out the garbage, feeding the dogs, etc. I’m in the process of re-doing his room into a guest bedroom. I’ve always wanted a guest bedroom.

There have been many changes from the mid 70’s when my first was born to the late 90’s when my youngest was born.  Here are a few:

In the 70’s I had never heard of ultrasounds, amniocentesis, birthing rooms, water births or hypno births. We were not required by law to have our children in a car seat.  When I brought my oldest home I held her in my arms, heck I don’t think I was even wearing a seat belt. As my daughter got a little older, 3 or 4 she sat in the front seat and the seat belt was my arm going across her chest if I had to make a sudden stop.  There were times when she was standing up in the front seat. Now that I think back of that it scares me to death.

Today the law requires all children to be in a car seat/booster until they are 4ft. 9 in. Due to my Italian genes and my husband whose family is not what you would call on the tall side either, my youngest was barely 4 feet tall in the first grade! I remember taking him to soccer practice when he was seven, one of his friends came running up to the car to meet him and when he saw my son was sitting in a booster seat his friend looked a little puzzled and asked “Why are you sitting in a baby seat?”  I went home, took the booster seat out of my car, put in on the garage shelf and never put it back in my minivan again.

One thing that never changes is I still worry about my children and would like to be able to keep them safe and happy whether they are 14 or 34. I will say having children later in life keeps you active and young at heart!

Sara is a mother of four. She has two daughters – Jamie age 35 and Taylor age 16 – and two sons – Justin age 20 and Christopher age 14. She is also a grandmother of one – Andrew age 3. She lives in Mantua, Ohio with her husband Bill. She has worked at Step2 for the past 12 years (before that she was a stay at home mom for 9

Introducing Your Children to Water Activities