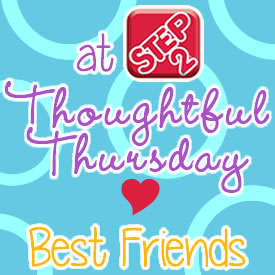 Bill Watterson, the author of the comic strip Calvin and Hobbes once said, “Things are never quite as scary when you have a best friend.” This quote exemplifies the friendship between two six year old boys, Dylan and Jonah.

This week’s Thoughtful Thursday is dedicated to Dylan Siegel for his heroic efforts to raise money for this best friend Jonah who has an incurable liver disease, Glycogen Storage Disease 1b.  Dylan and Jonah met during their second year of preschool and they have been best friends ever since. The book that Dylan wrote is about all things that he thinks are awesome. The term “chocolate bar” replaces the word awesome in the book.

Dylan’s goal is to raise $1,000,000 so doctors can find a cure for Jonah’s disease. So far, Dylan’s book the “Chocolate Bar” has raised $92,000. By going to the Chocolate Bar book website, you can help Dylan achieve his goal of raising money for his best friend. Jonah will never be alone when it comes to fighting for a cure for his disease as long as he has a friend like Dylan by his side.