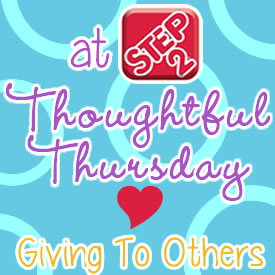 “Good actions give strength to ourselves and inspire good actions in others,” said Classical Greek Philosopher, Plato. This quote describes, ten year old, NaSeaph Williams perfectly. NaSeaph is battling Bannayan-Riley-Ruvalcaba syndrome, a rare genetic condition that weakens his heart, muscles, and lungs. He is unable to walk and is prone to seizures.

NaSaeph’s mother describes her son as a giving person that always wants to make others happy. During Christmas, NaSeaph used $60 that he was given to buy toys for children at the Saratoga Spring, Florida homeless shelter.

Laurel McAdoo, founder of Myles of Smyles, and Erin Musto, founder of Maddie’s Mark, met NaSeaph at a charity event put on by the  Starlight Children’s Foundation on March 29th . When Laurel and Erin found out that NaSeaph’s  birthday was in a few weeks, they asked him what he wanted. He said he wanted to have a party and for everyone who comes to his party to bring canned goods to donate to the food pantry.  The reason why he wanted to donate food to the hungry for his birthday was because he was appreciative for the help that he and his mother received from others during his life.

Although NaSaeph does not want anything in particular for his birthday, he has four wishes; he wants a wheelchair van to help get him to his doctor visits, meet Tom Brady from the New England Patriots, meet Jon Cena from WWE, and to be free from pain. NaSeaph wants to continue to give back for the kindness he has received. When he was asked what makes him so nice, he said it was his mother.

An unknown author once said “kindness and honesty can only be expected from the strong.” NaSaeph is an incredibly strong young man who will keep fighting for himself and others. This Thoughtful Thursday, we honor his willingness to give to others and pray someday that there is a cure for his rare disease.