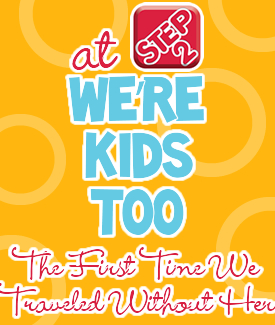 Written by Ashley as part of the We’re Moms Too series.

I’ve said it before and I’ll say it again – as parents, we spend so much time in our roles and moms and dads that often we forget who we were as couples before kids. I can’t stress enough how important it is to make time for our roles as husbands and wives, even as moms and dads.

My husband and I were recently invited to a wedding in New York and just assumed that our daughter would be joining us. That was until my friend called with a somber voice and said, “I don’t know how to tell you this, but we’re not allowing kids at our wedding.” Obviously, this was totally fine by me – a trip away with just my husband? How could I be angry or decline? In fact, I was actually shocked that I had just made the assumption that she would be included in the wedding plans. I guess my mommy-mode doesn’t shut off even with wedding invites.

So my husband and I decided to make a trip out of it and spend an extra night in the city to celebrate our long-overdue 5-year wedding anniversary. I was so excited to spend some time with just him, but I was a nervous wreck leaving my daughter with her grandparents for the long weekend (not because I don’t trust them – it’s just hard for both of us to be away from our little girl at the same time).

But after the drawn-out goodbye and alligator tears, the confidence that she was in good hands started to set it. How often is it that she gets to spend a whole weekend with Nana and Papa anyway? 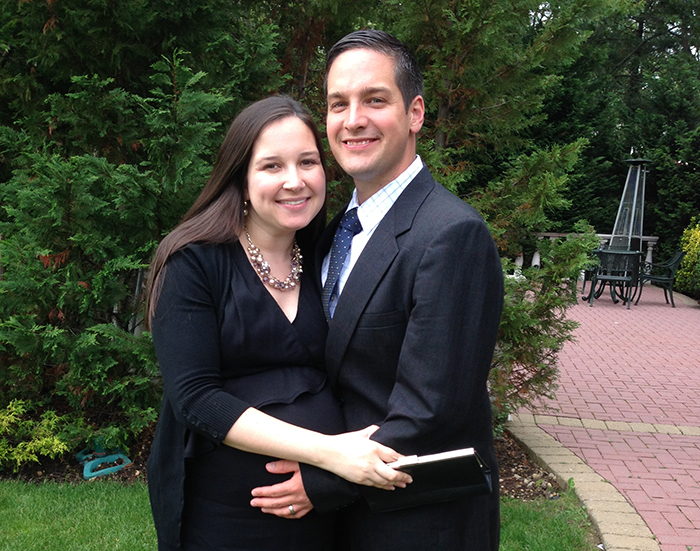 As we wandered throughout the city hand-in-hand, it took both of us back to the time when we came here together as freshman in college at just 18 years old to celebrate our 2 year dating anniversary. It was nice to just be together. And very relaxing not having to entertain a toddler 24/7 (even though we did bring along our little man since I’m 8 months pregnant!). I think the most relaxing part was just enjoying dinner together without getting out the crayons, coloring books, and snacks and trying to deter a little one away from the sugar packs.

We danced, we laughed, we enjoyed each others’ company. It was a gentle reminder that even at home, we need to make more time for each other. After all, our love is the reason for our kids and showing them that mommy and daddy love each other and want to spend time together is a very important and healthy lesson for them as they grow up.

Do you take trips as a couple without the kids?

About Ashley
Ashley is a self-proclaimed fashionista, social media maven, proud mama to her toddler daughter and expecting her second child this fall. She is the Social Media Manager at Step2 and you may have recently communicated with her if you’ve chatted with Step2 on Facebook or Twitter.