Written by Ashley S. as a part of the We’re Moms Too series. 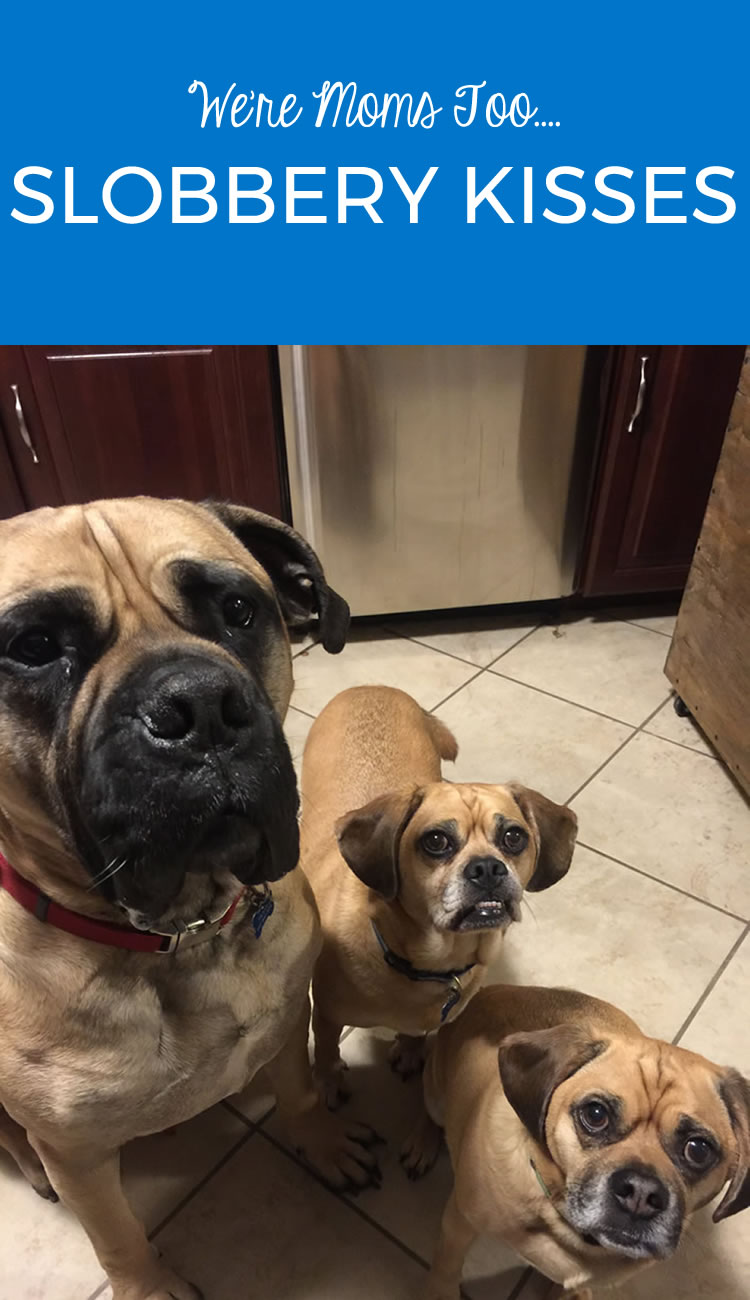 When my husband Patrick and I moved into together, we knew we wanted a pet to add to our family. We worked opposite shifts, so we felt getting a dog would offer both of us great companionship considering we wouldn’t see each other much more than every other weekend. Being a big guy at 6’1” and 250 lbs., Patrick has always wanted a big dog, an Irish Wolfhound named Regan to be exact, to match his mighty stature. At a mere 5’0”, I was not so sure about his aspirations, and luckily, we initially moved in to a townhouse where the weight limit on pets was only 20 lbs. We got right to work and scoured the local paper for puppies for sale, and we finally found an ad that caught our fancy – Puggles!

We called the lady up, and to our luck, she still had a few left. We were sooooo excited about this that we left right then and there to go pick up a new family member – a family member, as in singular. After spending just a few minutes with the three puppies that were left, Patrick literally begged me to say yes to leaving with two, reminding me that two of these guys were still smaller than one Wolfhound. And then the runt of the litter tugged my heartstrings, hard…he gave me those big, sad puppy dog eyes. I mean how could I say no to that teeny tiny guy?! I just couldn’t. So, we left with two new family members. And, in an ode to Patrick’s dream of one day owning an Irish Wolfhound, we gave them Irish names, Dublin and Finnegan; fitting, right?!

Fast forward five years. We bought a house, now have a decent sized yard, but we still work opposite shifts. Patrick started hinting that he wanted to expand our family, but with another pet, a big pet. A big pet that would only benefit me — that could protect me in our house when he is not home. (I’d like to think I can take care of myself just fine, but I got his point.) Patrick started looking at online ads for puppies, but I was still unsure about getting another dog; I felt two was good for us. So instead, he started looking at some rescue shelters, where he could go visit the dogs and play with them. He showed me couple of dogs he “just wanted to meet”, and I willingly said yes thinking that playing with some big dogs would get this whole “getting another pet” thing out of his system. WRONG. I should have known from that last time we came home with not one, but two puppies. He visited a shelter while I was at work, and about an hour after I knew he’d be there, I called him to see if he had fun. He didn’t answer his phone, OK, no biggie; I’d just call him on my lunch break. Noon came, and again, he didn’t answer…

I call again about a half hour later, and I hear an overly enthusiastic Patrick on the other end; in that moment, I knew I was now a mom to another dog. As it turns out, more like almost a dog – an 18-month-old puppy. I began to prepare myself for meeting a new family member. What I wasn’t prepared for was the tiny horse that came galloping out of Patrick’s truck, with drool hanging 18” off his jowels and a head as big as a watermelon — a 125 lbs. Bull Masstiff. I have to admit, I was initially intimidated by his massive size. I slowly walked over to him, giving my husband the “don’t’-you-dare-let-go-of-that-leash” look. Once I reached this massive puppy, I went over to pet him, and instead, ended up with slobbery mush- mouth kisses all over my pants and face. That was all it took, I was totally in love. We renamed him Frank the Tank, and we now have three loving dogs who keep us laughing at their very different personalities, keep us warm and snuggly in the winter and keep us forever cleaning up loving kisses of drool and slobber.

Do you love animals but aren’t able to adopt?  Contact the Humane Society for ways you can help!

Ashley is a Pinterest project-oholic, an avid crotcheter and a cake decorator wannabe. She is a “dog mom” to three precious pups, Dublin, Finnegan and Frank the Tank, and loves to come home to their wagging tails and slobbery kisses at the end of the day. Ashley is a Brand Manager at Step2.