Written by Tiffany as part of the We’re Moms Too series. 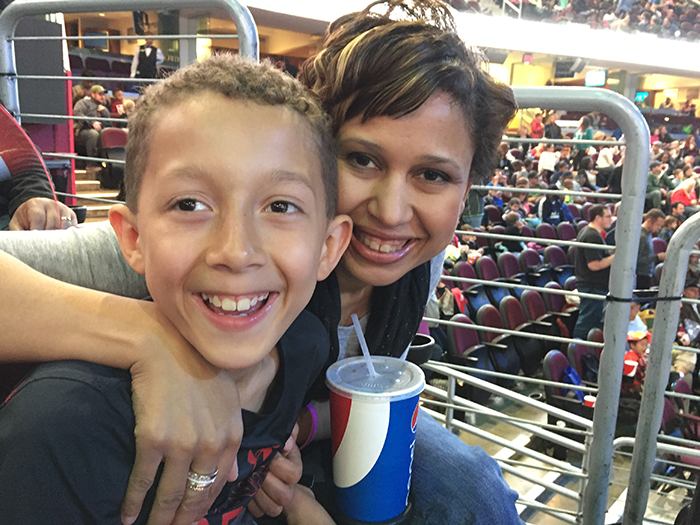 My 9-year old son Alex and I were watching a cartoon the other day called, “Total Drama: Revenge of the Island.” It is a cartoon parody of “real-life” reality shows such as Survivor and is quite humorous. In this particular episode, one of the characters was celebrating his freedom and taste of the outside world as his mom had “kept him in a bubble his entire life.”

Upon hearing this, Alex shot me a somewhat accusing look. “What?” I asked innocently. He raised an eyebrow and continued watching the show.

Seconds later, my husband entered the room and I laughingly repeated the exchange ending with an incredulous, “and Alex looked right at me.” My son had turned off his “parental hearing feature,” tuned out the world around him and continued to watch the show.

My husband responded with a “hmmm.” What’s interesting about the “hmmm” is that he delivers it in such a way that it’s impossible to determine which of the “S’s” he is being, sarcastic or supportive.

At any rate, I chose to ignore them both but I found myself pondering on what was being implied, that I was a bit of an over protective parent.

I consider myself a very practical and cool mom. I’m not prone to bouts of nostalgia. I did not cry when my son went to kindergarten (I saved my tears for first grade). I have not thrown out his baby furniture, toys or clothing for a variety of reasons. The regulations on baby furniture and toy regulations have changed so much that I wouldn’t want someone to snag an unsafe item from the curb on trash day.

I would need to re-wash all of the neatly folded (and organized by age) clothing and the one or two outfits my husband would initially want to keep would grow to three, four, five, six and…then I would have to manage his nostalgia. Most of the clothes are probably out of fashion anyway so, if you think about it, it just doesn’t make sense.

I digress, back to the bubble comment. I wouldn’t actually put Alex in a bubble. I’m not a helicopter mom. The ONLY reason I would consider it would be to keep him safe. Hypothetically, this would only be when he was without immediate (read: within arm’s reach) supervision. The only reason I’m even giving the idea a second thought is because I work for a toy manufacturer and our designers could definitely design…

I’m joking. I would never put Alex in a bubble. I can watch him perfectly fine from the bay window I’m planning on having installed. It just happens to overlook the street and homes where he and his friends play. See, I’m not a helicopter parent. Quite possibly, I am a drone (pun intended). 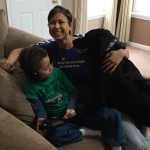 Tiffany is the Senior Director of Human Resources at Step2. When she is not listening to her son come up with creative ideas to avoid doing anything other than gaming or trying to convince the dog that he is not human, she spends her time reading fiction, water color painting and shopping on Amazon (Prime!).