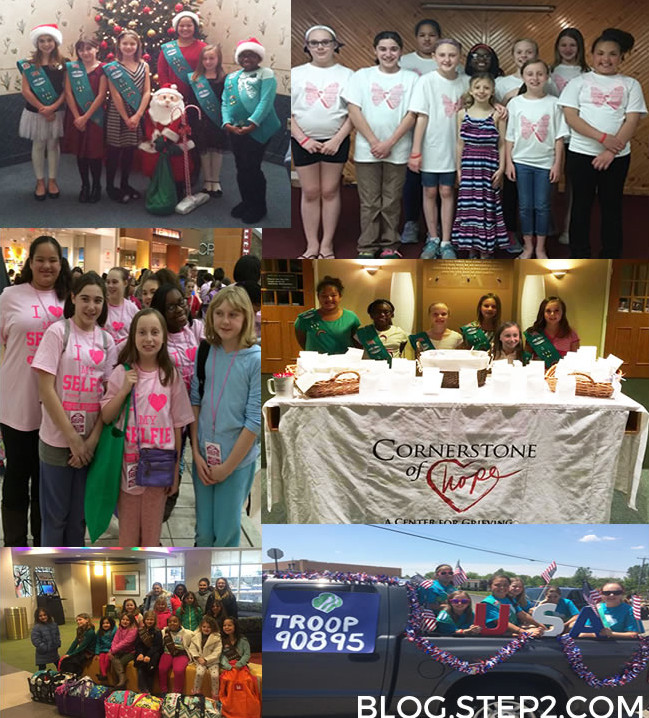 When I was in 3rd grade, I was a Girl Scout. It was a very anticlimactic experience and I ended up quitting at the end of the year. When my oldest was in 1st grade, she wanted to be a Girl Scout. I was hoping her experience would be better than mine and she would form some new friendships. She really enjoyed crafting with the girls in the troop and earning badges to fill her Daisy vest. Little did I know, a year after she joined, I would be the co-leader of the group and a year after that I would be the leader.

Leading is more than helping girls earn badges and selling cookies. You’re a mentor. You have the chance to teach the girls about things they don’t learn from a text book. Team building, cultural differences, friendship, loss, and much more have been experienced by this group.

Paired with the learning, we have shared fun activities. We went to a farm in the fall for corn mazes, rides, and pig races. We painted pottery; went to see A Christmas Carol; had archery lesson; went horseback riding. The girl’s most favorite event was when we did an overnight lock-in at a local mall, and, let me tell you, there is nothing comparable to 3,500 scouts in one place at one time!

As the girls have gotten older, I was able to broaden the range of humanitarian activities we undertook. When they were little, we sent greeting cards to soldiers and took them to sing Christmas carols at a nursing home. They also made no-sew fleece blankets for Project Linus, a non-profit that gives blankets to children in need. They enjoyed this project so much that they teamed up with my younger daughter’s troop and served as guides to assist with making more blankets.

One afternoon, the girls went to work at a homeless shelter and served lunch. This really opened the girls’ eyes to be thankful for what they have. Since that day, none of them have complained about not liking something that was being served at home. The girls also made memorial ornaments and distributed them at the Cornerstone of Hope’s Pregnancy and Infant Loss Remembrance Night. It was that night, at the beginning of their 5th grade year, that the girls showed me how much they had matured. They were caring and respectful as they approached each parent to present them with an ornament.

Also in their 5th grade year, they set out to achieve their Bronze Award. The Bronze Award is the third highest award the girls can earn. The goal is to choose a project within their community.  The girls chose to raise money for the younger cousin of one of our scouts.  Her cousin had been in and out of the hospital and the girls wanted to help the family.  We organized a pancake breakfast and raffle and the proceeds were donated to them to help with medical bills. The girls were involved with every aspect of the event and were excited that 200 people came to the event.

At the start of their 6th grade year, our little friend’s condition put her back in the hospital.  Our troop and a platoon of helpers organized bake sales and we also sold no-sew fleece pillows.  The day before one of our last bake sales, our friend passed away.  Our bake sale was at the school she attended and they called and wanted to know if we wanted to cancel.  The girls didn’t want to. They spoke to each person who approached our table and told them about her and her battle. While we were all heartbroken, it was the girls who were strong and kept focused on the goal of helping the family.

It has been so inspiring to see each of the girls grow and mature over the years. While they are starting to spread their wings into different interests, at their core, they are all compassionate, caring, and fearless. We’ve experienced things as a group that I never imagined we would. And along the way, they have taught me things about myself and given me perspective. These girls have had a big impact on my life and I hope I have had one on theirs as well.

About Tonia:  Tonia is a wife, mom of three energetic kiddos and two four legged friends who enjoys quiet walks in the aisles of Target.   Born and raised in the Cleveland area, she is a sports fanatic who loves Rascal Flatts.  Tonia is the Digital Analyst at Step2. 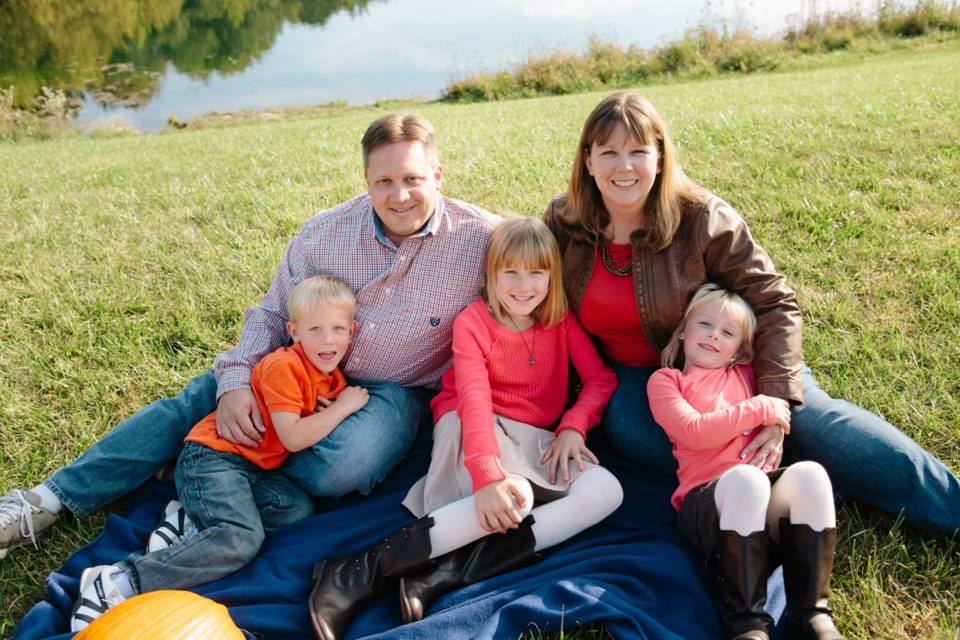 4 Ways to Teach Kids About Gardening