At Step2, our employees aren’t defined by their job titles, they are defined by their hobbies and the roles that they have outside of work. Many of us are parents and you’ve seen a glimpse into our lives as parents and adult children in our blog series, We’re Moms Too, We’re Dads Too and We’re Kids Too, but did you know, some of us are also runners?

Running means a lot to many of us and without further ado, we present to you the runners of Step2 and what running means to each of them:

Aaron T.
Last year I was one leg of Step2’s Akron Marathon Relay team, something that not only felt great from a comradery standpoint (it was awesome to see the five of us representing Step2 in our custom t-shirts), but the weeks and months leading up to it was motivation to eat healthy and get in shape, both mentally and physically. 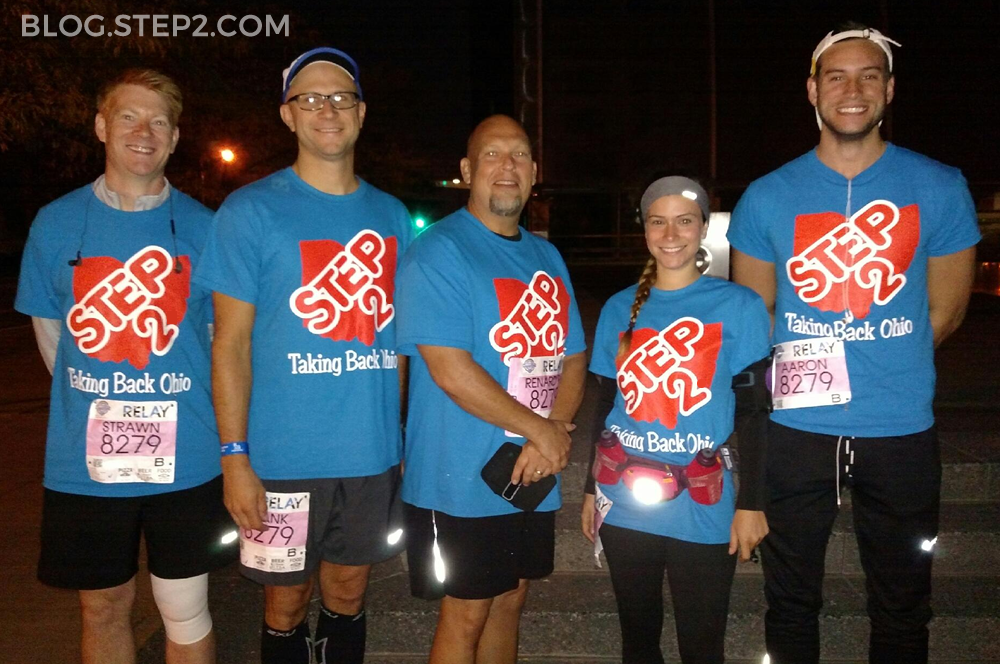 For me, running has never been correlated with torture – I enjoy it, it’s therapeutic putting in headphones and disappearing from everyday stresses. Now that I’m living in Cleveland, running is the perfect way to explore the city on a more intimate level than driving through it. Whenever I travel to new cities, I try to do the same. The smells (lovely and overpoweringly putrid) of Lima, Peru’s markets will stay with me forever, the crowds that fill up Parque Rosedal in Buenos Aires, Argentina on the weekends have some of the most beautiful people I’ve ever seen in my life, and I’ll never forget hearing all the different languages while running through Istiklal to Taksim Square in Istanbul, Turkey.

I want to explore more of Cleveland while running because it brings me back to those past trips. If you run through East 4th on a Saturday morning, right after the restaurants and bars have watered down their outdoor patios from the night before, you’ll get a taste of how some South American markets smell. When I look out over Lake Erie from Edgewater Park, it brings me right back to the park that borders barrio Puerto Madero and the ocean that separates Argentina from Uruguay. I still haven’t found anything in Cleveland that reminds of Istiklal Street, but I’m determined to find something.

Nicole B.
My running journey began on July 14, 2012 when I ran a 5k race that honored a student from my college that passed away after a tragic skiing accident. I had never run 3.1 miles before and I was not only nervous but I wasn’t confident that I was going to be able to make it through. Half way through the race, I felt amazing and ran the whole time – no stops and no walking. I had never felt that type of adrenaline before and I was ready from that point forward to run more often.

After running that race a few years ago, running became a fitness hobby of mine, but I wasn’t actively signing up for any races, but that all changed on September 26, 2015.  I was honored to run the Akron Marathon Relay Series with a few of my colleagues and this time I ran 5.6 miles, which was be the most miles I’d ever done in one run. I was the last leg in the relay and as I ran toward the finish line and then crossed it, I never felt more alive. After running that race, I knew I was ready to train for a half marathon.

On May 15, 2016, I ran my first half marathon with my husband and my mother-in-law. Over the course of 12 weeks, I ran over 280 miles in preparation to make it across the finish line for the 39th Annual Rite Aid Cleveland Half Marathon. That day it rained, hailed and snowed but there was absolutely nothing stopping me from running across the finish line. As I ran all 13.1 miles, I thought of my Uncle Richard, who was an athlete his whole life and battled Parkinson’s disease for over ten years before passing away from an aortic aneurysm in 2011. I thought of him as I ran over the course of two hours and how proud he would be of me for dedicating myself to something I’m passionate about. As I crossed the finish line, sopping wet, all I could hear was my mom screaming my name and crying and at that moment I realized I’d made it, I accomplished my goal of running my first half marathon. 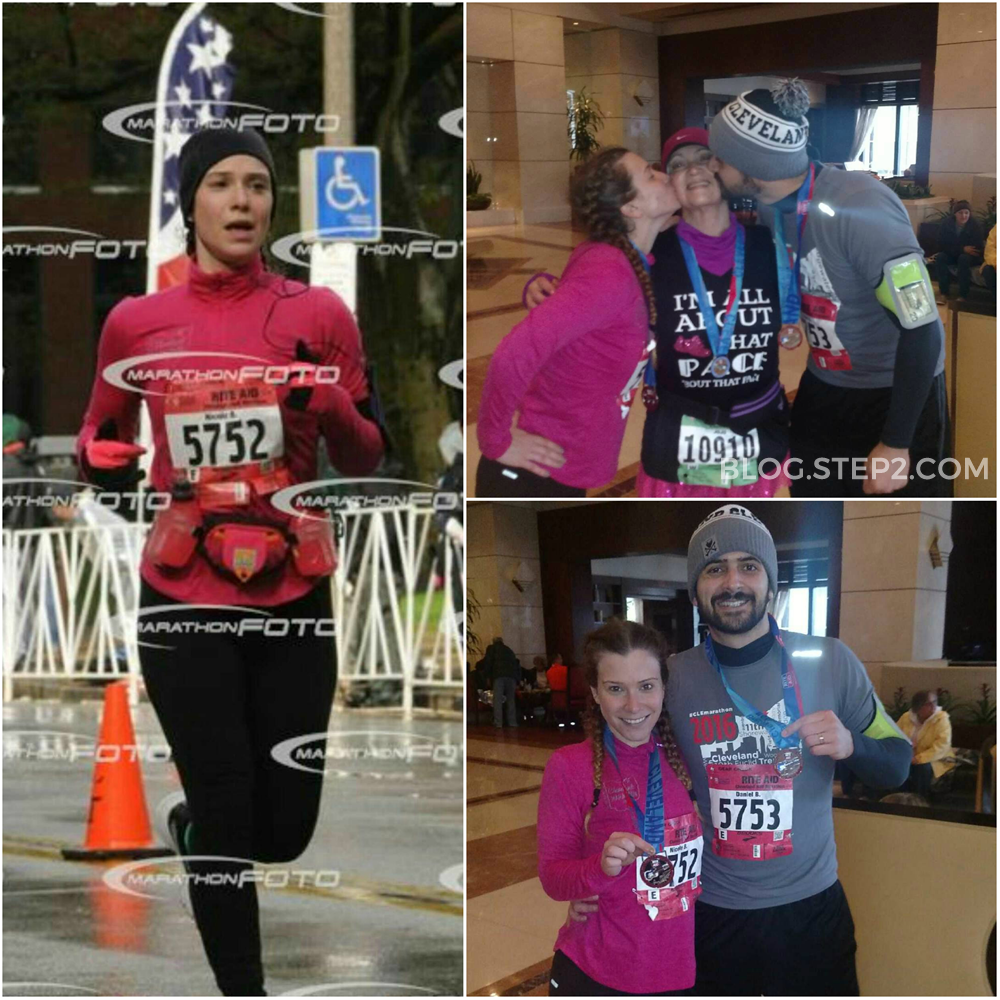 Running has changed my life forever and taught me what true ambition and dedication means. I’ve become more focused and determined in all aspects of my life that pertain to goals. My best advice for anyone out there that is considering picking up running as a hobby or running a race, do it, you will not regret it!

Frank K.
The best advice I can give anyone is to just sign up. I’ve tried gym memberships, bought work-out videos, tried changing my diet, but the best money I’ve ever spent was signing up for a race. Nothing beats the feeling of crossing a finish line, knowing that you accomplished something. Or if you aren’t happy with the results it motivates you to get better.

I’ve run many 5k’s, 10k’s, a couple half-marathon’s(13.1), and the Akron Marathon with a group of runners from Step2, but what I really got excited about was a triathlon. They come in several distances, but something about there being three different parts to the race (swim, bike and run), and transitioning between the three made it sound fun. I didn’t know it was something that existed for everyday people to do, I just thought it was a race that crazy people did in Hawaii.

My first taste was a sprint distance triathlon (500M swim, 15 mile bike ride and 5K run) that I did with a group of friends. I did the bike portion of the race and proudly wore my t-shirt around after I finished. I kept getting asked if I ran a triathlon and I had to keep responding, “I rode my bike.” So the next year I thought to myself I’m going to give it a try on my own. I didn’t know how to swim, I was also convinced I had bad knees and wouldn’t be able to run, but I did it and loved the sense of accomplishment that went along with it. Then another year went by and I wanted to beat that time and I also found another race so I could do two of them. Both went well, but I was having knee issues.

I never knew there was good form and bad form when it came to running. I just thought I had bad knees, but I finally talked to a doctor about it and they sent me to a physical therapist. It turns out I didn’t know how to run correctly and I thought shoes were shoes. With some minor adjustments to the way I was running and better shoes, the knee pain that kept me from running the way I wanted to for years was gone!

The following summer I decided to try a longer race and despite the fear of drowning in the lake, I was able to complete an Olympic distance race (3/4 mile swim, 25 mile bike ride, 10k run). The sense of accomplishment from that race convinced me I could do even more. So last summer I completed my first and second Half Ironman distance races (1.2 mile swim, 56 mile bike ride, 13.1 mile run). They were difficult races, but I was able to do something that I never thought was possible.

Since last summer I have been training to do a full Ironman event in Louisville this October (2.4 mile swim, 112 mile bike ride, 26.2 mile run). Finding the time to train for something like this has been a challenge, but I’m committed to doing it. I’m not going to win the race, I won’t even be close, but the goal is to finish this crazy race because I know I can. I want to hear the words “Frank K, you are an Ironman,” when I cross that finish line. That’s something that I will have earned for myself that no one will be able to take away from me.

So my message is to just sign up, because you never know where it will take you. Signing up and committing to accomplishing any event is worth more than any gym membership to me. It puts a date and a goal out there to work towards. And I’m telling you the feeling of finishing will bring you back for more. I went out for a 15 mile bike ride as part of an event a few years ago and in less than 3 months I will be an Ironman!!! 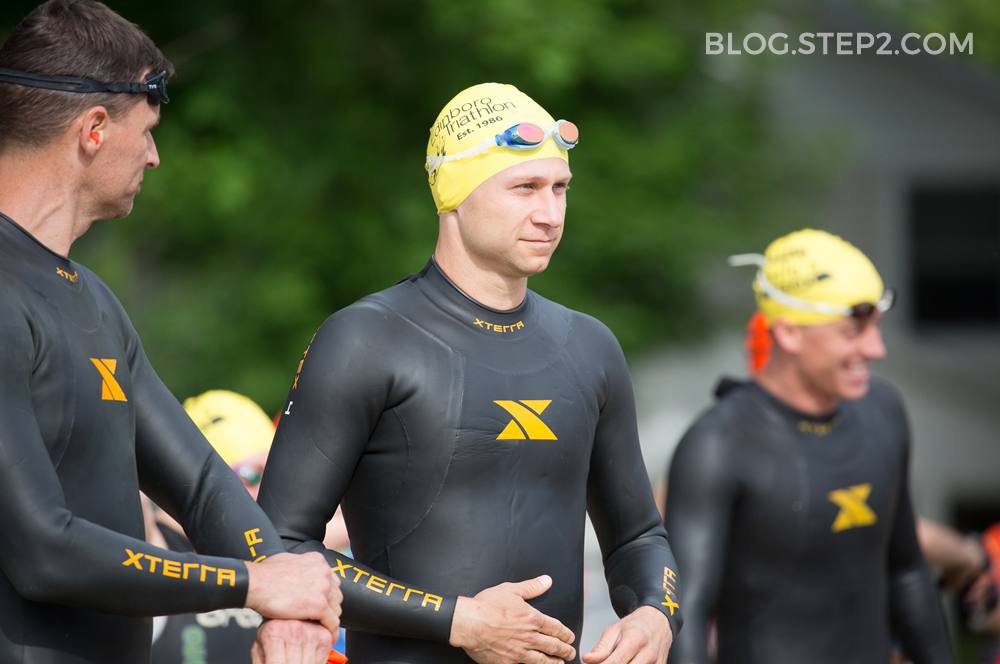 Renard P.
For many years, certain life circumstances left me with no energy or time to exercise and be physically active beyond my normal daily activities. At the end of 2014 that all changed and my dream was to start getting back into shape. On New Year’s Day 2015, I got on a treadmill and started to make that dream a reality. At first my goal was to lose 20 pounds and run a 5K race (3.1 miles) by May, which I hadn’t done since I was in my twenties. Once I accomplished that goal, things got exciting for me, and I started dreaming bigger dreams. I got hooked on clean eating, running and High Intensity Interval Training. It has been a year and a half now since my journey began. I have lost a total of 90 pounds (and still losing!), all heath issues are GONE, and I’m training to run a half marathon this fall. This past winter I cleaned out my closet and donated bags full of clothing to Goodwill. I don’t ever want to go back to being that person! This whole thing has become a lifestyle change. 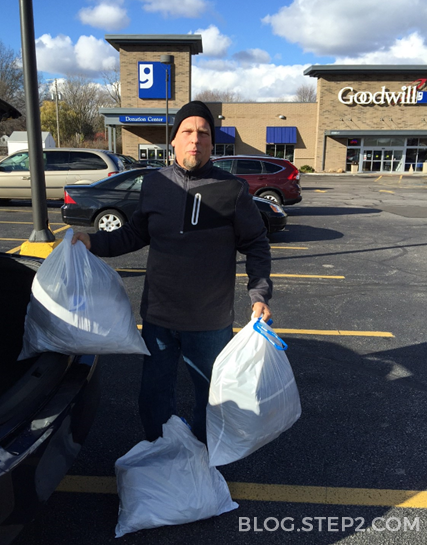 Running has been a blessing to me. My overall health is greatly improved and it has brought me much joy in the process. I enjoy running at different times of the day and in all types of weather. The stillness of an early morning run, listening to the birds start their songs in the morning as the sun starts to rise awakens my soul and gives me energy. This past winter, running in the evening under the streetlights during a gentle snowfall of huge flakes fluttering down was more beautiful than a Kinkade landscape painting. Running has been not only a physical activity but for me, it’s also been somewhat of a spiritual experience, connecting me with nature and its Creator. I love running outdoors!

As the saying goes, I am walking (or running) proof that dreams do come true.

I believe in dreams. How about you?

We’re extremely proud of the dedication and commitment these Step2 employees have put toward running. The hard work they’ve committed to this activity is also reflected in their work ethic at Step2.

The runners of Step2 will be joined by the rest of our Step2 family for yet another race on Sunday, August 21, 2016 at Sunny Lake Park in Aurora, Ohio for the Believe in Dreams 5k. Believe in Dreams is a non-profit organization that was created to help fulfill dreams for children who are economically disadvantaged and have suffered from a non-medical hardship. They provide a little joy and happiness to kids who have had a rough time. All proceeds of this race benefit this organization and will help them to fulfill more dreams of children in Northeast Ohio. If you’re a resident of Northeast Ohio, we encourage you to run or walk alongside us for this heartfelt cause. For registration information go to hermescleveland.com.

Have you run a race before? Tell us about it!

FriDIY: Design Your Own Magnets