Written by Tena as a part of the We’re Moms Too series.

Who remembers the 1984 Summer Olympics hosted in LA? I can tell you who doesn’t remember them; David Lardakis, the Step2 eCommerce intern who so innocently scoffed when I asked if he was even alive in the 80’s (for those wondering, 1996 was his year of birth). I digress. I have pretty vivid memories of the 1984 Olympics even though I was only five (getting ready to turn six for those a few years ahead of me scoffing their self at the irony).

It is important for me to tap into those memories, as they helped to shape my view of the world at such a young age. I am excited to take the opportunity to introduce my recently-turned-five-year-old, Myles, to the Rio Olympics on August 5, 2016. I’m hopeful he will be interested enough to watch the opening ceremonies with the wide eyed wonderment that I once did. I am also excited to learn his perspective on the events as I reminisce on what I took away from the 1984 Summer Olympics as a young child. 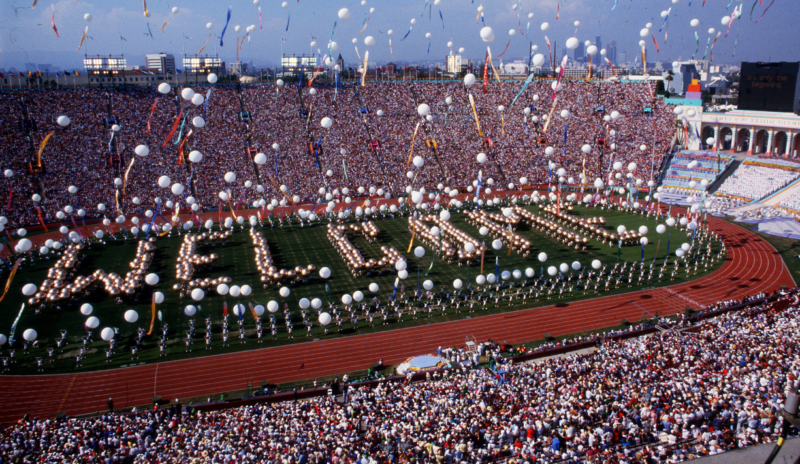 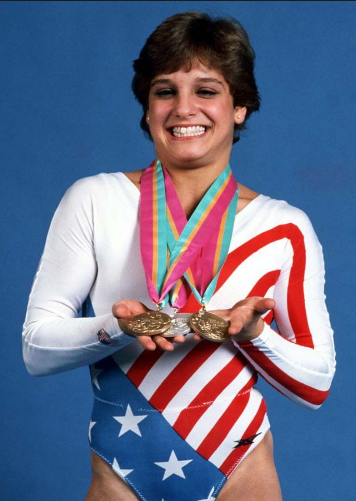 I didn’t fully understand these “concepts” at the age of five, but as I recall from memory, Mary Lou Retton, the torch, the five rings, the flags, and the crowds of people, I realize my brain was forming some pretty strong foundations that would create my first perceptions of some big ideas.

I am excited to watch the 2016 Olympic games with my son. Maybe he will be inspired in a different way than I was at his age, and I am thrilled to be able to share this experience with him and get a view through his eyes of this tradition that has been occurring for centuries and will carry on for many more.

In case you are interested, here is a post from the 2012 Olympics by Step2 with some fun facts, recipes, and creative projects to complete with your little ones in preparation for the games this year.

Tena and her best friend (and hubby) had their first child in July, 2011. Their little guy has a congenital heart defect and he is one tough little cookie; don’t ever think about calling him sick though – “his plumbing is just different.” Tena is an animal loving vegetarian and is excited to teach her son about compassion and the importance of volunteer work. She is the VP of Ecommerce and Internet Marketing for Step2.

FriDIY: Design Your Own Magnets