Written by Tena as a part of the We’re Moms Too series.

On October 8th, 2016, I had the honor of representing The Step2 Company at the 11th annual Saving tiny Hearts Society (StHS) gala in Chicago. This trip marks the 4th trip to the gala for me and my family. As always, it is truly an amazing event. 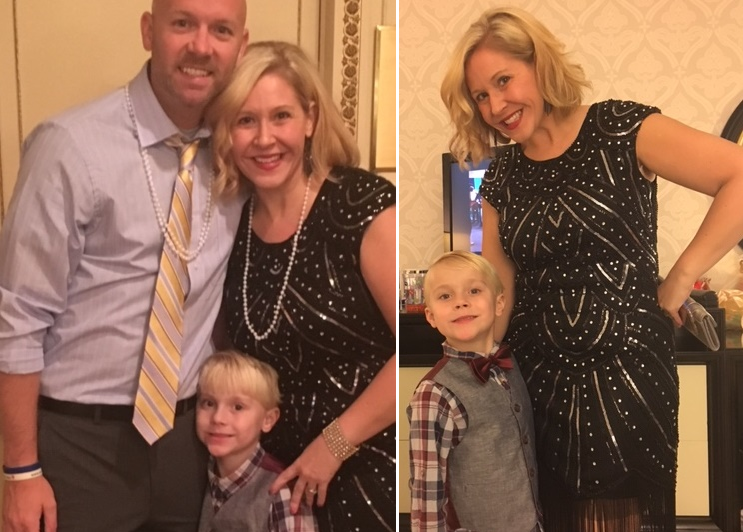 This year’s theme was, “Putting on the Ritz” at the Ritz Carlton. Francie and Brian Paul, the founders of Saving tiny Hearts, really go all out, making each year more amazing than the last. It is always incredible to be in such close proximity to familiar faces from television (Tommy Riles, Bret Bair, Charles Tillman, Monica Pedersen) all gathered together to help Saving tiny Hearts do what they do; raise money to fund research for congenital heart defects.

For me, being in the presence of the StHS medical advisory board made up of cardiologists is often where I find myself tongue-tied and star struck. These people are my heroes.

People say that everything happens for a reason, and it is truly an amazing story of the partnership between Step2, Saving tiny Hearts Society, and how this has had a direct impact on my family.

In 2009, Step2’s sister company (at that time) had begun working with The Saving tiny Hearts Society. The partnership was formed when their Marketing Director, who had lost a baby brother to a congenital heart defect (CHD), had learned about the life-saving research this organization was raising money for and supporting. One year later, Step2 became involved in the organization, donating products for the silent auction that is a fundamental part of the annual gala, and what helps them to raise their largest donations each year. A few short months later in 2010, my husband I would find out that I was expecting our first child.

I’ve shared our journey through our We’re Moms Too blog posts before, though I don’t know that I’ve highlighted just how important Francie and Brian Paul would be on our journey. For those who don’t know, at our 20 week ultrasound, we decided we were going to do the “trendy” thing and not find out the gender of our first born. Little did we know, three doctors, a genetic counselor, an appointment with fetal cardiology, and talk of terminating the pregnancy would truly be the real decisions we were presented with that day. Needless to say, we decided to find out the gender of our child. On that day, we began fighting for our son and have never looked back.

Over time, we would learn that our son’s heart had formed incorrectly. Instead of having four chambers, he only had three. There were holes where there shouldn’t be holes, connections that hadn’t been formed, and his heart was on the “wrong” side of his chest. We would learn that each year, 40,000 babies are born with heart defects in United States, that CHD is the number one cause of death in children under the age of two, that his condition was considered “complex” and would require a minimum of three surgeries to give him a better quality of life, but that no fix has been found, and he will eventually need a heart transplant.

Entering the world of CHD at a time that is supposed to be filled with joy and hope was scary. It was isolating. It felt hopeless and I found my thoughts being filled with a lot of “what-ifs”…enter Francie Paul and my Step2 family at a time that was critical for me to be uplifted, and they did just that and haven’t stopped.

I would soon learn that Francie’s first child, their reason for starting StHS, was born with a very similar condition to our son’s. He had been through the same surgeries and was a thriving boy. They helped us to ask the right questions and reminded us that we are here to be our child’s advocate. That CHD is something that he has and not who he is. They also reminded us that hope is still there in the form of research. That raising money for research is what will make a difference in the lives of my son and theirs and the two to three million others like them who are now living into adulthood as a result of the research and advancements that have been made in just the last 30 years.

I am honored and proud to work for Step2, who not only donates product, time and money each year to The Saving tiny Hearts Society, but also stands by its employees going through difficult times. Step2 recognizes how important it is to celebrate kids and bring family together. 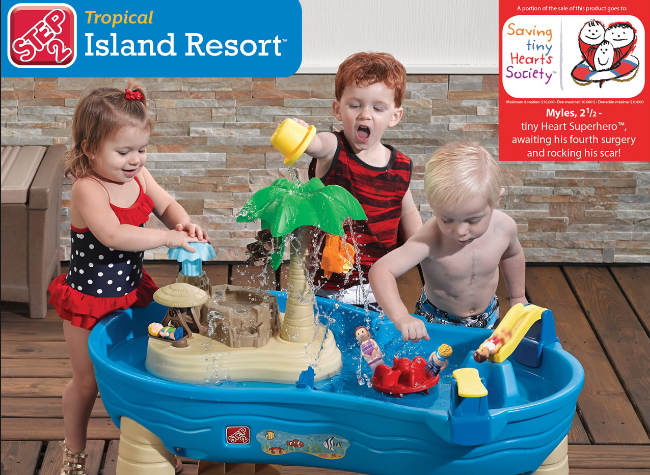 Tena and her best friend (and hubby) had their first child in July, 2011. Their little guy has a congenital heart defect and he is one tough little cookie; don’t ever think about calling him sick though – “his plumbing is just different.” Tena is an animal loving vegetarian and is excited to teach her son about compassion and the importance of volunteer work. She is the VP of Ecommerce and Internet Marketing for Step2.

How to Make Your Own Turkey Shirt for Thanksgiving